How to Undo Pushed Commits with Git

One major benefit of version control is that you can roll back your code to any time in history without significantly disrupting your teammates. However, reverting your code isn’t always straightforward, especially when you’re still learning Git or gaining confidence navigating the command line. In this post, I will walk you through undoing a commit after you push your changes via the terminal.

Please note that this post's target audience includes students, early-career developers, or folks who have less experience reverting commits. Please refrain from adding discouraging comments critiquing those less experienced with version control. As software engineers, we have to remember that easy is relative, and there is a steep learning curve in tech. Some people may even have several years of experience, but still feel uncertain about reverting commits.

Understanding what a commit is

A commit is a snapshot of your repository. Running the command git commit saves a version of the codebase at that point in time. Imagine this: Git takes a “picture” of your codebase with information stating, “This is what your codebase looked like on January 12, 2022 at 3:55 pm. @blackgirlbytes fixed a typo in the codebase at this time.” It’s suggested to make frequent, small commits to:

Undoing a commit after you push

Let’s recreate a situation where you need to undo a commit after you push. 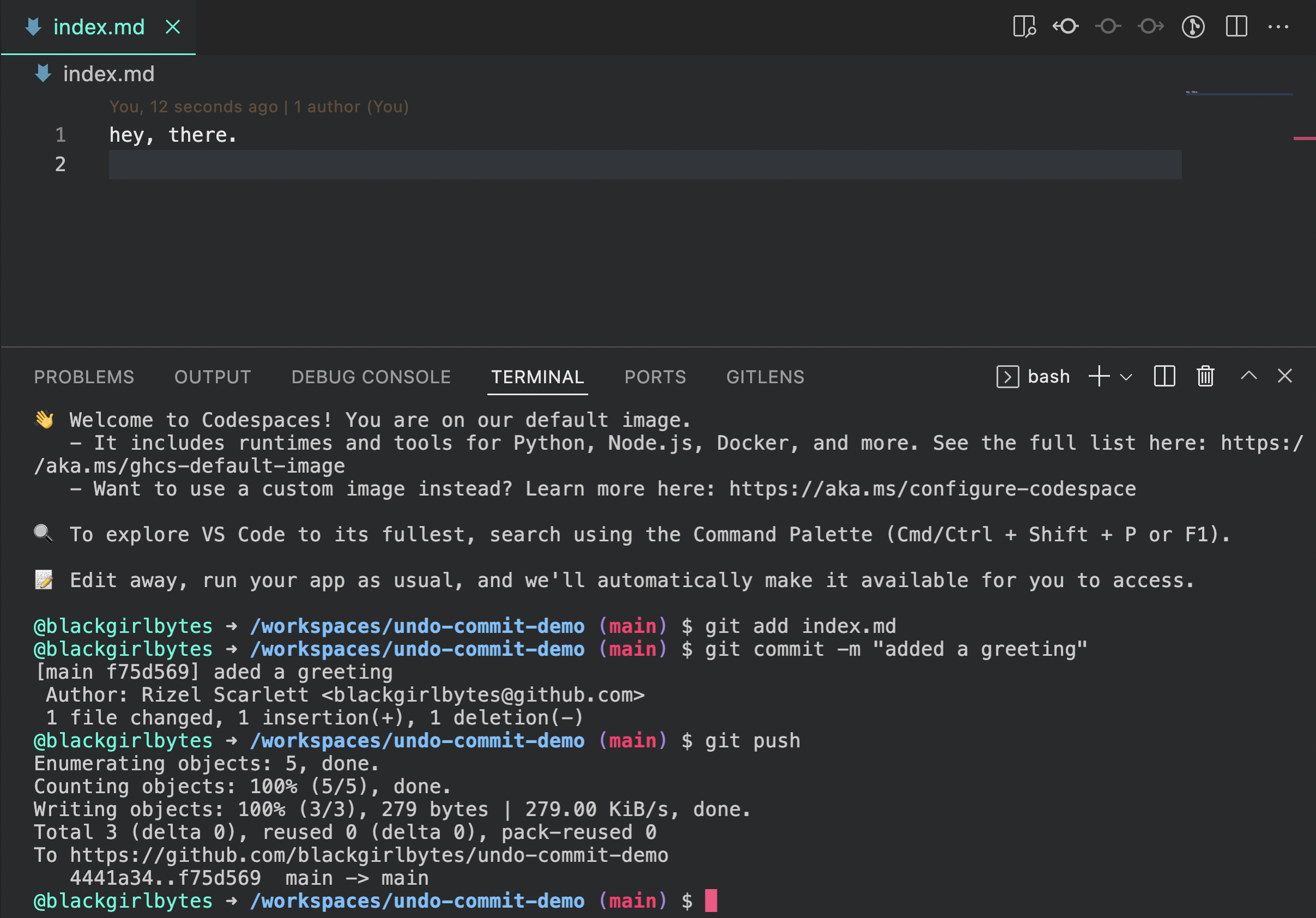 Look at the list of commits you made in this repository by running the command: 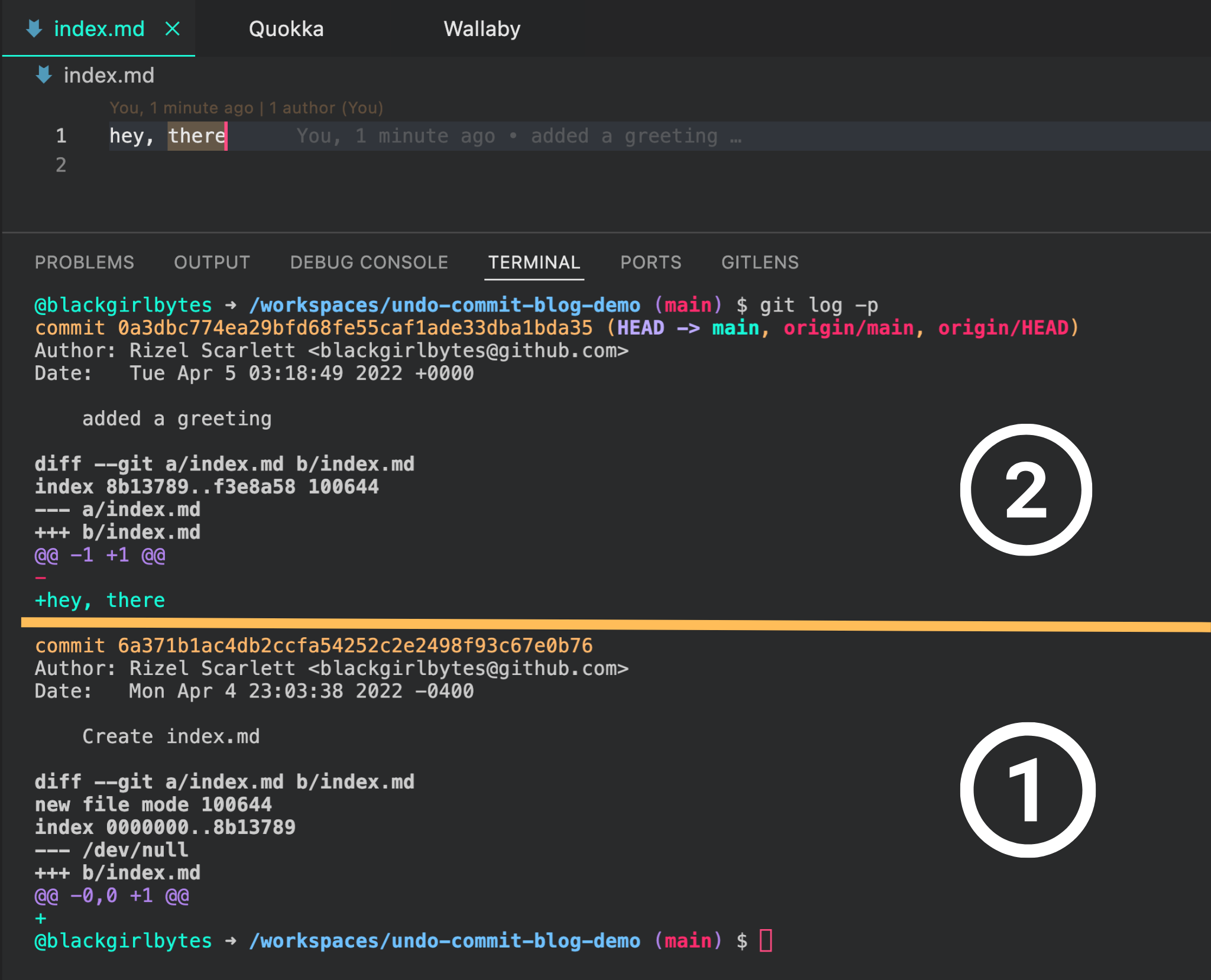 To undo the most recent commit, we can copy the commit hash and run the command:

In my case, I will run

You can learn more about git revisions here or on the git scm documentation.

Learn more about exiting this mode in this Stackoverflow answer. 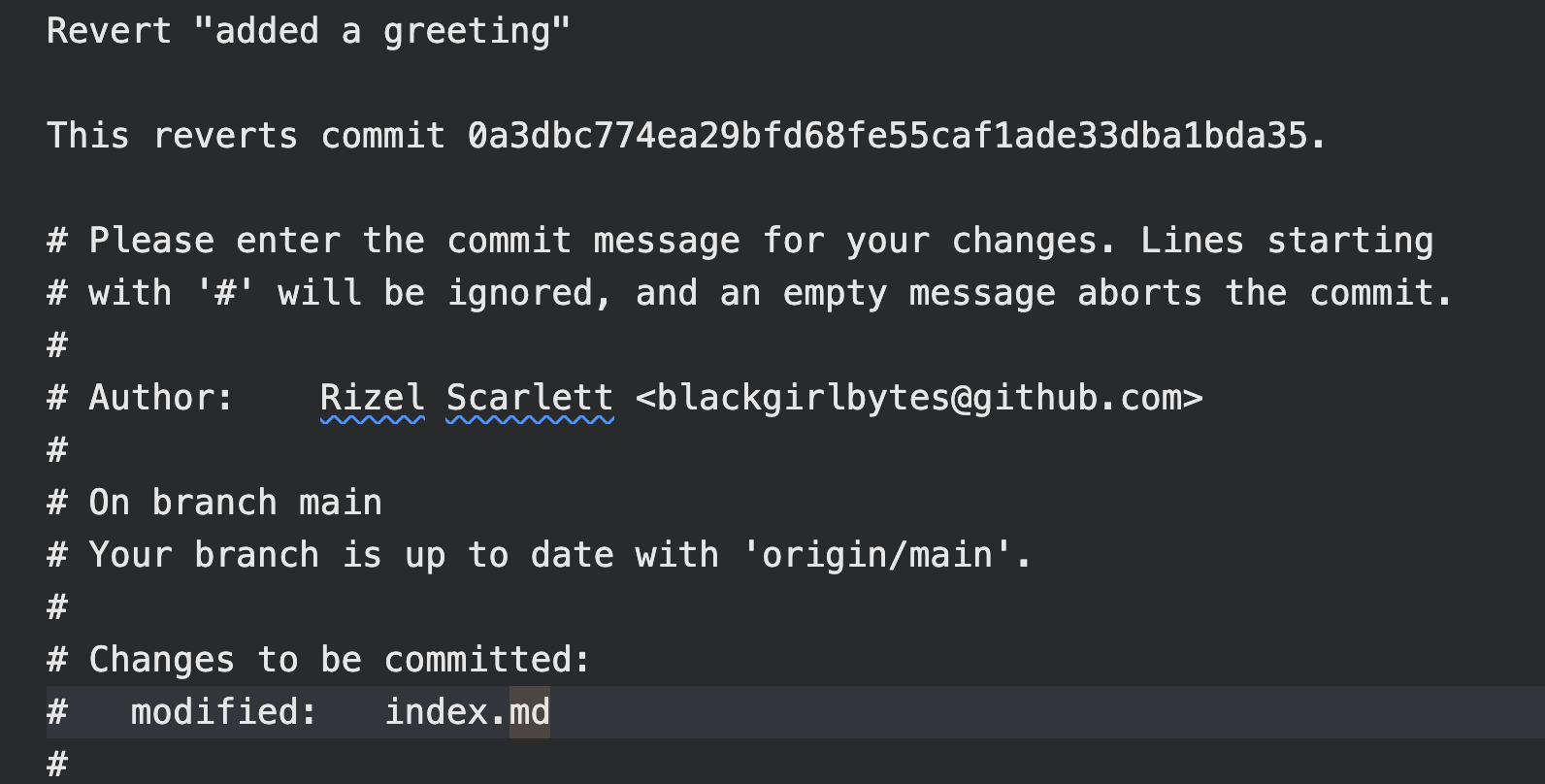 Now that you’ve exited the terminal, you can finalize the process by running the command git push. After running this command, you’ve successfully reverted your commit.

You can double-check that you reverted the commit by viewing the repo's commit history on GitHub.com. The image below reflects an accurate commit log highlighting the moments I:

Thank you to Nathan for reviewing and providing valuable feedback on this post. ❤️